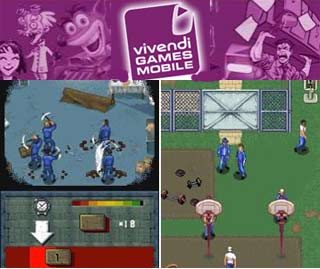 The Popular TV series show Prison Break will break itself out of the television screen and jump into mobile screens with Prison Break Mobile game which will be expected in June this year.

The game will land the player into the first season of Prison Break with Michael Scofield as the player to be guided through 36 maps across 12 different environments. The player will have to interact with 10 different characters from the show and has to collect information, items, clues, communicating with other inmates and solve puzzles.

The game will involve digging tunnels, prison rioting and would engross you into its logical thinking. Vivendi games is all set to launch the exciting Prison Break game on to the mobiles by June which is not quite a long wait.