If you live in Delhi and have tried out the PoochO app for hiring an auto ride through your Android smartphone, we’d love to hear from you. Because a lot of users are hinting that ‘faulty’ is a good way to describe this application which was sanctioned by DIMTS (Delhi Integrated Multi-Model Transit System).

For those who don’t know, PoochO app uses GPS to offer you a list of auto rickshaws which are nearby along with the mobile numbers of the drivers in question so you can summon one when needed. Users have complained that most of the phone numbers provided are wrong and in some cases, drivers are not even aware of the app or how it functions. 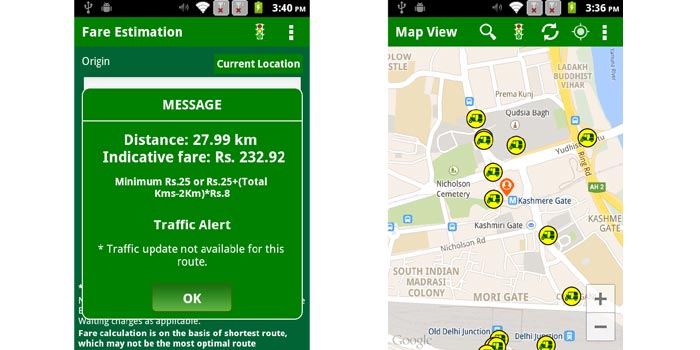 DIMTS is apparently still working on spreading awareness about PoochO among auto drivers so they don’t think users are crank calling them. Another major issue pointed out in reviews by those who’ve downloaded the application has to do with it showing all auto rides nearby instead of just the ones which haven’t been hired already.

Also see: You can book yourself an auto rickshaw ride in Delhi with new PoochO app

One or two people have even been complaining about the app eating up battery life owing to its faulty GPS dependency. The tool was updated last week with an Exit button to close all the relevant processes and services including GPS as well as with UI changes and traffic updates for the last 1 hour that were shared by users.

You can check out what else the free PoochO app does by hitting this link to Google Play Store.