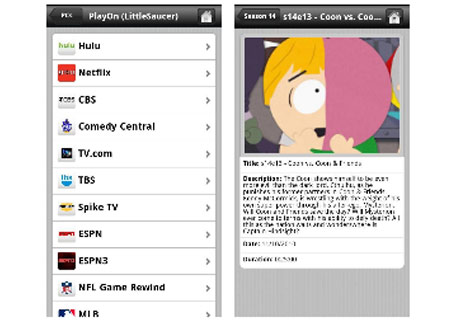 It was back in October last year that the PlayOn app hit the Apple iTunes Store for iPhone. MediaMall Technologies recently announced that its PlayOn Mobile app is now available for handsets running on the Android platform.

This app requires the PlayOn media server to be installed in the user’s PC. It is capable of running only on devices based on Android 2.2 or later versions which support Flash. Entertainment buffs just need to download and install PlayOn on their PCs and access it using Android phones to begin screening PlayOn content.

The PlayOn application is up for grabs through the Android Market absolutely free of cost.