A brand new Philips Xenium X2566 has been officially unveiled in the Indian market for Rs 3800, and the device is basically a feature phone that’s designed specifically for senior citizens. The company is touting the handset as a first-of-its-kind release and says that it will make basic communications technology accessible to the elderly.

To honor such claims, the Philips Xenium X2566 has a tweaked design when compared to a traditional feature phone. The company has thrown in a display of 2.4 inches and the fonts used are large in size so that the content on the screen is clearly visible without any strain to the eyes. 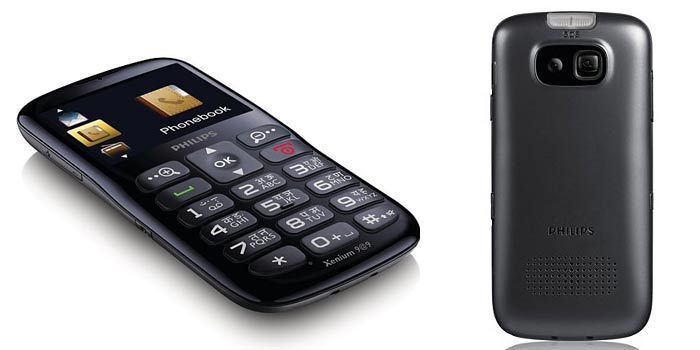 Philips has also thrown in a magnifier function which allows users to enhance letters on the screen. Coming to the keypad, it features large keys and the phone’s overall form factor is said to be easy to hold. It has a thickness of 16 millimeters and tips the scales at 108.8 grams.

Then there’s FM radio support with an integrated antenna and a high volume loudspeaker which means that users won’t need to plug in a pair of headphones to listen to some tunes. And in cases of emergencies, the Xenium X2566 handset tags along an SOS function through which up to three numbers can be saved and quickly dialed by pressing the button hidden below the flashlight.

While we’re on the subject, the LED light can be used even when the Philips handset is switched off. Now coming to the phone’s strongest feature, the battery used here is of 1630mAh capacity and it can deliver up to 24 hours of talk time or around 1128 hours of standby. Other attributes of the handset include 16GB microSD support, a VGA main camera and Bluetooth 2.1.

The Philips Xenium X2566 is already available for purchase for a price of Rs 3800. It can be picked up in the color blue, if you please.