The Penta T-Pad WS1001Q 2-in-1 laptop has been unveiled in India and is currently being vended exclusively via e-commerce website ShopClues. The device can be bought now in exchange of Rs 10999.

The price of the Penta T-Pad WS1001Q instantly pits it against other budget 2-in-1 hybrids in India such as the Micromax Canvas Laptab. The brand is looking to entice potential buyers by bundling the phone with a Salora Data Card for Rs 11599. The dongle offers users 6 months of Aircel 3G data for free. 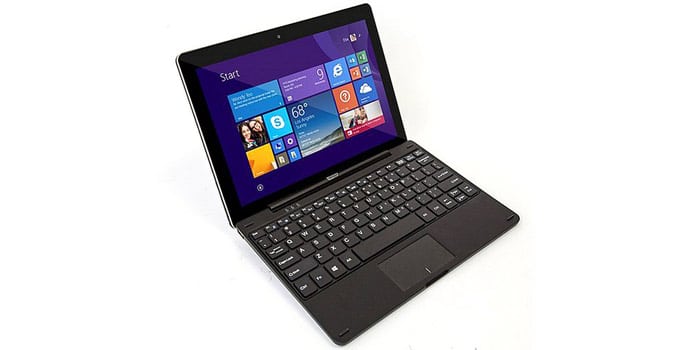 Coming to its specs, the T-Pad WS1001Q runs on Windows 10 and flaunts a 10.1-inch 1280 x 800p display. It ships with a detachable keyboard and derives its power from a 7000mAh battery. The unit can apparently supply power for 5 to 7 hours of mixed usage.

A quad-core 1.44GHz Intel Core Z3735F processor takes care of the Penta offering’s daily tasks. It conducts them with the help of 2GB of DDR3 RAM. Users can take advantage of 32GB of internal space for their storage requirements and further expand on it up to 256GB.

A rapid summary of the top specs of the Penta T-Pad WS1001Q: