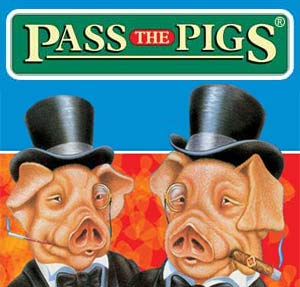 A new expansion in the iPhone and mobile world that has opened up new ideas with THQ Wireless Inc., a subsidiary of THQ Inc. The publisher has rolled out its new game Pass the Pigs , motivated by the very old popular dice games on iPhone and iPod. It’s a game developed by company’s internal studio Universomo.

“The launch of Pass The Pigs marks a new commitment by THQ Wireless to bring casual, mass-market games to the mobile arena,” remarked by Adam
Comiskey, vice president of THQ Wireless. “It’s a hugely fun and entertaining game with one-button controls and we think fans of casual games will enjoy this quick-play format.”

Pass The Pigs is a multiplayer game that supports 4 players and has three alternative scoring techniques. In this game by throwing the pigs across the casino table the players can win points or loose which depends on the way the pigs land until ‘Pig Out’.

The iPhone users can use the accelerometer technology to provide ShakeNRoll controls to roll the pigs as one would do it with a dice. To make it much simpler the slide or flick motions and the touch sensitive controls can be use to roll the pigs.

A new concept “Pigs Life” has been introduced by THQ Wireless that provides a complete entertaining game filled with fun. The player faces the lifepath game through four phases of pig’s life. Many stories are possible in combination with the options-Love, Wisdom and money. As the player progresses with the game ahead he can unlock the hats and appeals their pigs to wear from Disco-Pig to Robo-Pig.

This full on killer time game is available at a price of $4.99.