The Penta T-Pad WS707C price has been officially announced by Pantel and the slate is out to be seized through the OEM’s very own e-store. The company has partnered with BSNL in order to roll out this EDGE-enabled tablet featuring voice calling.

At the heart of the device rests a Cortex A9 processor ticking at a speed of 1.2GHz. Following the CPU into the form factor is a Mali 400 GPU which can be considered as one of the key highlights due to its ability to allow the capacitive touchscreen display to reproduce visuals in 3D.

Even though the slab may seem like any other 7 incher in the market, its 1,024 x 600 pixel resolution could give it relatively more brownie points. It packs the version 4.1 of Android Jelly Bean and given the retail value, could aim at a target audience similar to that of the Lava Etab Xtron and the 7-inch Wikipad.

A 2MP camera is the main source of taking snapshots and recording clips, however there also exists a VGA secondary camera with a view to permit live face-to-face calling. To store content, 8GB of internal hoarding capacity has been rendered. Users could also expand the memory up to 32GB via a microSD card, lest the inbuilt space proves inadequate. 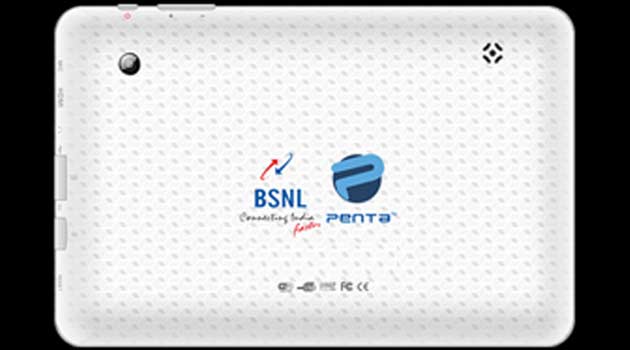 1GB of DDR3 RAM, a 3,000mAh Li-polymer battery and preloaded apps such as YouTube, NexGtv, Facebook and Skype should speak in support of the tablet. And the company has understandably taken Wi-Fi 802.11 b/g/n and Bluetooth into consideration as well.

The Pantel Penta T-Pad WS7070C has been splashed with the black color and hasn’t popped up at any e-store besides that owned by the company. Some of the other tablets included in the series comprise of the WS703C, the WS802C 2G, the IS701C and the WS704C. 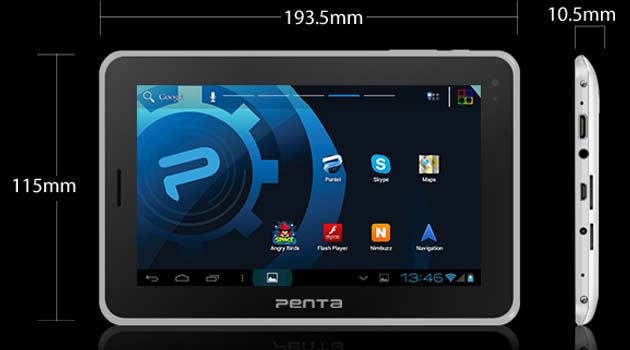 Here are the highlighted specifications of the slate at a glance: