The Panasonic SC-HTB3GW-K Soundbar has been launched in India and is set to available via offline and online outlets soon. Consumers will have to shell out Rs 4190 to obtain the device.

The Panasonic SC-HTB3GW-K Soundbar has been equipped with a bass-reflex multi speaker system which supposedly improves the audio output of a TV. The front grill of the gadget features a metallic punch hole and chrome finished sides. The speakers encased within the grill come with 20W of power. 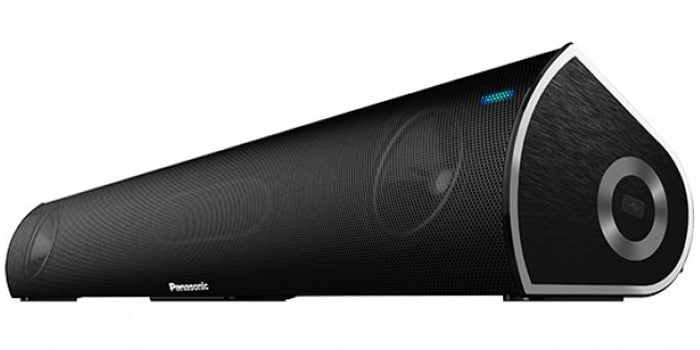 Panasonic asserts that the offering is able to offer room-filling sound irrespective of where it’s kept, whether it’s placed in front of the TV or on the side of the room. Furthermore, the soundbar provides for separate controls for the voice, bass and master volume. Users can control the 3 via a remote.

Specs-wise, the SC-HTB3GW-K Soundbar ships with Bluetooth connectivity. The feature will allow consumers to wirelessly stream sound from a connected smartphone, TV or tablet. There’s also a USB port built into the body of the product. Ashish Sasidharan, the product head of consumer electronics at the company, claims the model has been designed keeping television watching in mind.

He also says the speakers deliver clear and powerful vocals. Panasonic had recently renewed its focus on the smartphone market in India, promising to rapidly expand its 4G portfolio in the country and focus on its Make in India initiative in the country to produce more of its phones at domestic manufacturing units.

Like we said above, the Panasonic SC-HTB3GW-K Soundbar can be bought in exchange of Rs 4190. It will be sold through major retailers and e-commerce sites soon.