The Panasonic P31 smartphone has shown up through teaser images and the company itself has revealed that the device will be here in this month itself. These images were officially revealed through the Facebook account of the company in India.

The details regarding the device have not been let out, but the teaser images do give a bit away. One of the pictures reveal that a music library organizer called Music Café will be loaded into it to help you stay entertained at all times. And as far as videos are concerned, the Pop-I player, a multitasking app should take care of them. 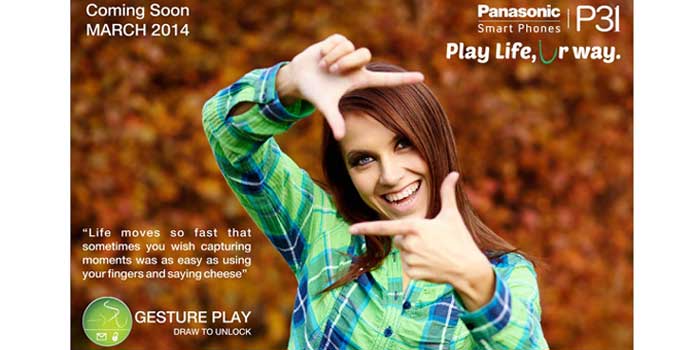 Moreover, Gesture Play is likely to be there so you can draw a pattern to unlock in order to facilitate capturing images instantly. Apart from these, you can expect the smartphone to come loaded with applications like Evernote, Hungama, ReadWhere and Opera Mini amongst others. And as it will be powered by the Android OS, potential customers can expect access to Google Play and download multiple applications from there.

Its specifications have been kept under wraps, but AndroidOS.in had come across a teaser video that gave out some of its essential details. Apparently, it features a 5-inch FWVGA oleophobic touchscreen, an 8MP camera and a webcam. The 3G device will be fueled by a quad core processor ticking at 1.3GHz and will even bring common features like GPS and Wi-Fi amongst others. 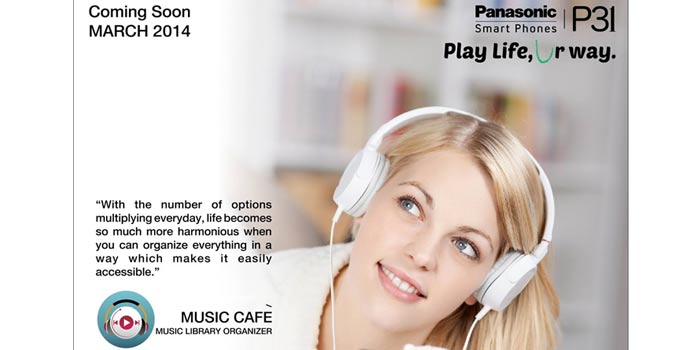 The Panasonic P31 is slated to be launched this month, as is pretty clear from the teaser images and going by its features, it should not cost a bomb.