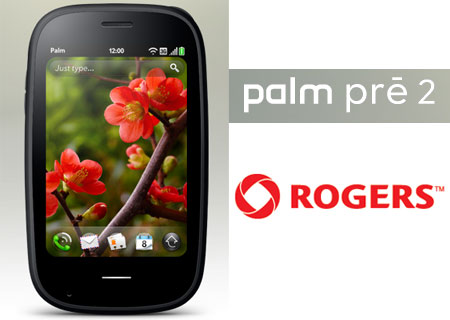 HP had earlier announced that the Palm Pre 2 was shipping to France through SFR. Well, back then there were several rumors about it coming through Verizon to the U.S shores and also to Canada. Back then not much was known about its availability on the Canadian sands or the carrier it was going to come through.

Although we haven’t found something official as yet, Mobile Syrup has sighted some photographs of the Palm Pre 2 which show that the device is most probably coming through Rogers. One of their tipsters supplied them with images of the final packaging of the handset with Rogers all over. This Palm phone is known to be operating on the recently released webOS 2.0.

In addition to the aforementioned information, there are chances of this device hitting the stores by November 9, 2010 with a price tag of $99.99. It might also bring along a 3-year voice/data contract from the network operator. Even these details are not official, so take it with a pinch of salt.