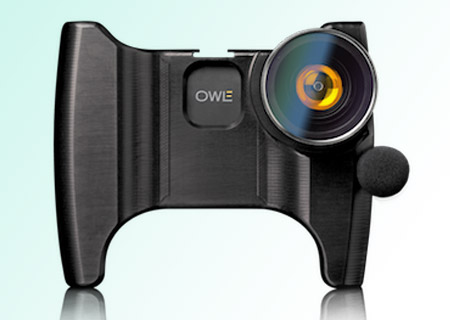 OWLE has announced that the Bubo iPhone video rig is now available for pre-order, reports Techcrunch. Designed by Harold Smith and Graham Mcbain, the Bubo claims to make capturing mobile videos much easier. This device has been specifically carved for the iPhone 3GS.

From the first prototype that was displayed in July the Bubo has come a long way. The best thing is that the device is ready to be shipped in just four months. This device derives its name from Harryhausen Greek myth film Clash of the Titans. The Bubo basically allows users to use camcorder parts with the iPhone.

The Bubo features a standard hotshoe mount with LED lights. The device also embeds four tripod mounts and a standard 37mm lens threading. The lens threading allows users to put their own lens on to the Bubo.

The OWLE Bubo iPhone video rig is now available for pre order at the company’s official website. This iPhone rig is price tagged at a modest $99.95. OWLE also plans to put up the Bubo on a few more online retail sites later.