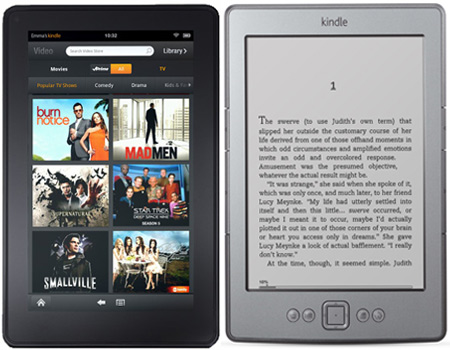 The recently released Kindle devices seem to be riding quite high on the popularity charts if Amazon’s word is anything to go by as the online retailer has announced that its slates have been selling at a rate of more than 1 million per week. These newly launched devices in the Kindle family comprise the new generation Kindle, Kindle Touch, Touch 3G and Kindle Fire tablet.

As per Amazon, the Kindle Fire has retained its number one position through 11 weeks as the bestselling and most gifted product among the millions of items on the website. This tablet gives users access to about 19 million TV shows, movies, songs, books, magazines, games and apps along with free storage of content in the Amazon Cloud.

Dave Limp, Vice President, Amazon Kindle, stated, “Kindle Fire is the most successful product we’ve ever launched – it’s the bestselling product across all of Amazon for 11 straight weeks, we’ve already sold millions of units, and we’re building millions more to meet the high demand. In fact, demand is accelerating – Kindle Fire sales increased week over week for each of the past three weeks. People are buying Kindle Fire because it’s a simple, fully-integrated service that makes it easy to do the things they love – watch movies, read books and magazines, listen to music, download apps, play games, and surf the web. Our family of Kindle e-ink readers is close behind Kindle Fire on the Amazon.com bestseller list. Customers continue to report preferring their Kindle e-reader for long-form reading, and in fact we’ve seen many customers buy two Kindles – both a Kindle Fire and a Kindle or Kindle Touch – this holiday season.” 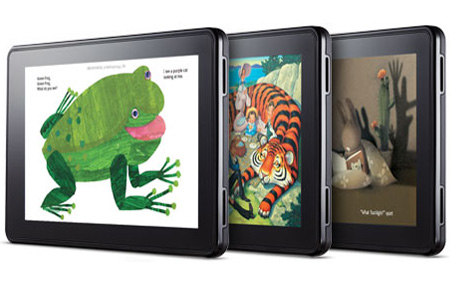 For those who are constantly on the move and desire a compact, lightweight companion to keep them entertained with interesting reads, the new generation Kindle seems to be apt. The highlights of the Kindle Touch are its easy-to-use touchscreen advanced electronic ink display, text-to-speech capabilities and deep integration for audiobooks. The Touch 3G boasts of the same features and as the name suggests, it provides users with the additional advantage of 3G.

The new generation Kindle eReader, Kindle Touch, Touch 3G and Kindle Fire are now available online at Amazon.com for prices of $79, $99, $149 and $199, respectively.