A new teaser for the Oppo N3 has got the rumor mills churning again with regards to a fingerprint sensor, as we wait for the official unveiling of the smartphone on October 29. An image on the Facebook page belong to Oppo shows the upcoming device sporting what looks suspiciously like a biometric scanner.

Having trouble spotting it in the picture we’ve posted below? Well, take a look at the squarish area encircled by a silver border just below the camera. It appears to be a fingerprint sensor, a feature that is not restricted to flagship phones anymore. So we guess the Oppo N3 couldn’t have liked the idea of not having one too. 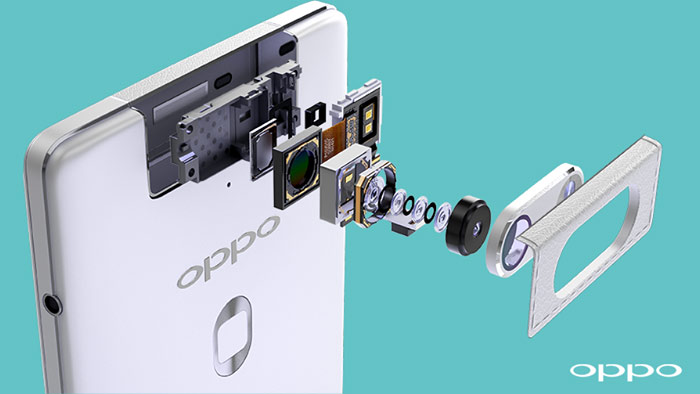 Oppo managed to keep the specifications of the N3 under the lid up until recently. Now thanks to certain mobile outlets in its home country, GizChina has managed to throw some light on what we can expect on release day. It carries a price of $700 or Rs 42800, which is not much higher than what its predecessor commanded in India.

The exiting Oppo flagship arrived with a 5.9-inch full HD IPS display, a 1.7GHz quad core Snapdragon 600 processor, 16GB or 32GB internal memory, 2GB RAM and a 3610mAh battery. So you obviously wouldn’t want its successor to do anything less impressive. But the screen on the N3 has supposedly been shaved down to a 5.5-inch one. 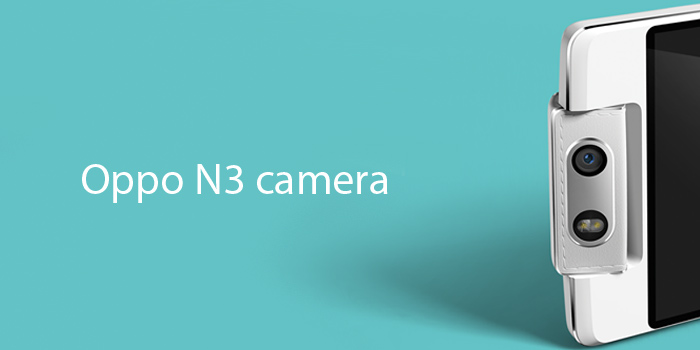 The Oppo N3 will still flaunt a full HD panel though and the RAM is likely to be upgraded to 3GB. The rotating camera which is peculiar to the brand, is said to be a 16MP one. The flash unit swivels around along with the main sensor that acts as the front-facing snapper too. The handset will also have a customized version of Android layered with the company’s Color OS.

Now you’re probably wondering whether you fell asleep for so long, you completely missed the launch of the Oppo N2. The truth is that we really don’t know why the company decided not to go with the logical moniker and chose Oppo N3 as the name for its upcoming launch.