Oppo has launched a brand new variant of the F3 called the F3 Diwali Limited Edition in time for the festive season in India. It’s pretty much the same as the regular variant except that it’s been dipped in a bright red color.

Oppo has been busy releasing other Limited Edition models ever since it announced the F3 earlier this year, a list which includes the Deepika Padukone Limited Edition and Limited Black Edition. The latest Diwali-themed one is priced at Rs 18990, Rs 1000 lower than the standard model.

Flipkart’s currently offering a Rs 1000 discount on the black and gold models, so people can snap those up for Rs 18990 as well. If they want to wait for the new red-dipped one, it’ll hit Amazon India and Oppo brand outlets across the nation on September 29. 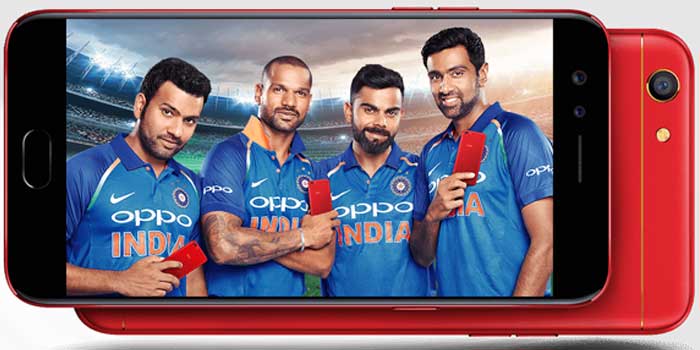 Anyone who buys the F3 Diwali Limited Edition will be eligible to receive a bat signed by the Indian cricket team. Once again, it’ll be available on September 29 via Amazon India and Oppo stores.