Oppo Mobiles has launched a Diwali special limited edition version of the selfie-centric F1s in India, and it;s availablethrough the brand’s concept stores and Snapdeal. The new version shares its specs with the original one and will cost the same too.

The highlight of the Diwali edition Oppo F1s is that its rear surface features the signatures of the phone’s brand ambassadors, Hrithik Roshan and Sonam Kapoor. Oppo claims that this imprint will not fade over time owing to the technology used in engraving it. A gilded pattern logo in the shape of a flame accompanies the autographs. 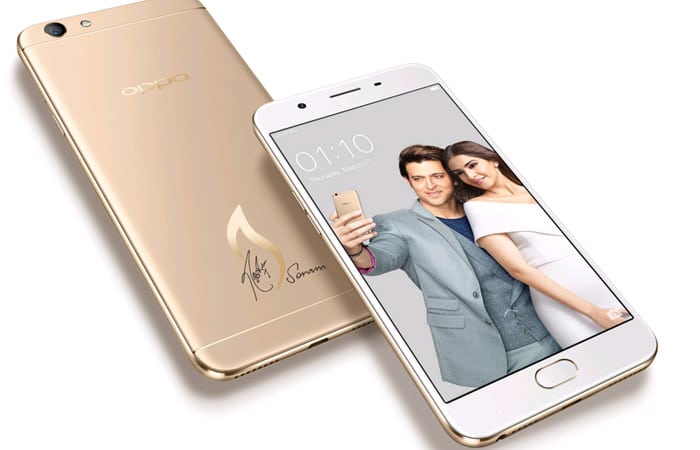 The F1s will also receive some tweaks in its software. The smartphone will include special Diwali-based themes and icons. It boasts of a fingerprint sensor that unlocks the device in merely 0.22 seconds, as claimed by Oppo. The handset will be sold in a gold color variant only.

Pre-orders for the Diwali edition F1s in Oppo concept stores will be accepted from October 8 till October 13. The device will be sold through Snapdeal from October 14 onward. It will be available for the same cost as the basic model of the F1s, as we’ve already mentioned.