To recall, Oppo had brought the original A71 to India last year at Rs 12990. The handset is currently available at Rs 9990. Strangely enough, PhoneRadar claims that the upgraded A71s will also sell at Rs 9990 when it hits the country in the next couple of days.

As far as specifications go, the A71s has a lot in common with its predecessor except in a few key areas. For one, it’s gotten hold of a Face Unlock tool. This is a big plus since neither phone has a fingerprint sensor on-board. The brand’s also doubled the memory inside from 16GB to 32GB, but maintained the RAM at an identical 3GB. 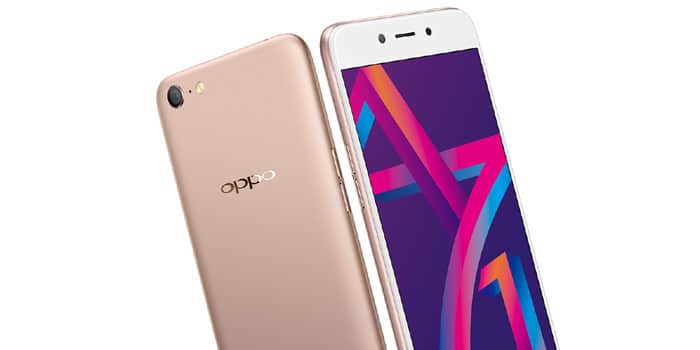 Other specs are apparently going to remain the same including a 5.2-inch 720p display, a full-metal body, a 13MP rear camera, a 5MP selfie snapper, a 3000mAh battery, Android 7.1 Nougat layered with ColorOS 3.1, expandable storage up to 256GB, and an octa-core MediaTek MT6750 processor. The last is a bit disappointing if true since the A71 (2018) which was released in Pakistan comes with a Snapdragon 450 SoC.

Oppo is also set to launch a new version of its flagship F5 called the Oppo F5 Sidharth Limited Edition on February 3. The handset is basically the Dashing Blue variant of the smartphone but with an Indianized name. Its price ideally shouldn’t change from Rs 19990, but we’ll have to wait and see when it goes official.