The Opera Mini for Android web browser has been treated to its very own beta release through which all you brave users will be able to take new features for a test drive before they’re rolled out to everyone. As you probably know, a beta release is basically unfinished software; so there will obviously be bugs and issues with the app.

The company notes that the Opera Mini for Android beta application is the start of the popular web browser’s transition to something better. The latest release has been created with the main Opera app as its base and it continues to offers a great experience through various new features. 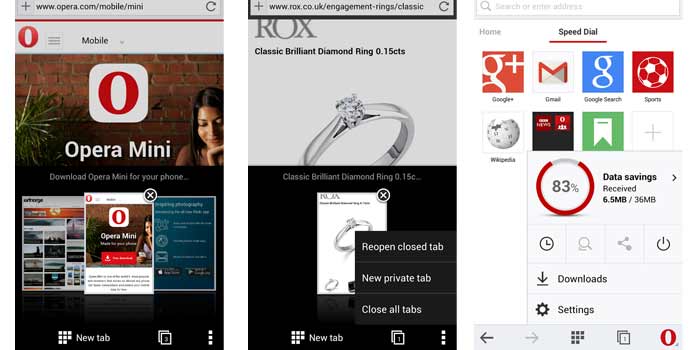 The interface of the beta browser version has been given a facelift and you’ll be able to customize it according to your liking. There are three different layout options for you to pick from, namely Phone which offers maximum viewing, Classic that makes one-hand navigation a breeze and Tablet for quick tab switching.

And apart from the ability to check daily data savings and sync or share bookmarks, you’ll also be able to browse the web anonymously by using private tabs. Of course, you’ll still be treated to the same data savings technologies found in the stable version and the beta release is said to be lightweight as well.

The main purpose of releasing a beta version of the Opera Mini for Android app is so that users can experience the new features and also let the company know what’s working or broken and which aspects can be improved. Head over to the Google Play store to download the new release for free.