OnePlus has started beaming out the Cyanogen OS 12.1 YOG4PAS2QL update for the OnePlus One in select regions. It supposedly dishes out numerous bug fixes and security enhancements for the device.

Any other information about the Cyanogen OS 12.1 YOG4PAS2QL upgrade is scarce for now. The update is expected to additionally resolve newer Stagefright vulnerability fixes which could affect the OnePlus One. The bug allows hackers to remotely control an Android device by sending an MMS containing a media file. 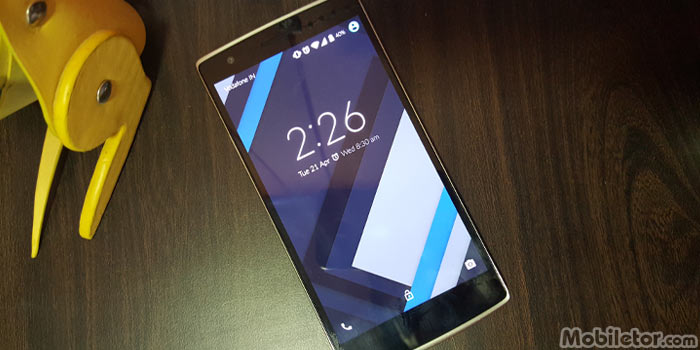 Folks can either wait to receive the newest version of the software or install it themselves. As per the OnePlus forums, the size of the OTA (Over-the-air) zip file is 18MB. People who want to download the upgrade now can do so by obtaining either a full update or fastboot zip file, with the complete ROM weighing more than 600MB.

The OnePlus One first received Cyanogen 12.1 back in August this year. The Android 5.1.1-based software brought with it Truecaller and Truedialer integration, the result of a tie-up between the companies. Along with the requisite security patches and vulnerability fixes, it also set the default search engine on the home page to Bing.

The OnePlus 2 also got an update for the brand’s own Oxygen OS. Version 2.0.1 of the OS fixed various issues being encountered by users of the handset such as Stagefright attacks and the importing and exporting of contacts from a SIM card. It also extended the battery life of the smartphone and added improvements to the interface.

The Cyanogen OS 12.1 YOG4PAS2QL update for the OnePlus One should be arriving gradually to devices. You can download the file now through this link.