Home Other Brands You to get a OnePlus One invite to buy the phone in...

The much-anticipated OnePlus One phone which runs CyanogenMod 11S based on Android KitKat, is coming to India at a price of less than Rs 25000 for its 64GB version. What’s more, the Chinese brand is planning to stay with its invite-only system in order to ensure that its inventory doesn’t fall short of expectations.

The company notes that OnePlus One invite system it’s using to sell the One will enable it to have enough stock, employees and support services to offer a decent customer experience and grow at a steady enough pace to meet demand. Speaking of hiring the right personnel, the company was seen shopping for a General Manager to handle operations in India and finally appointed Vikas Agarwal to fill those shoes. 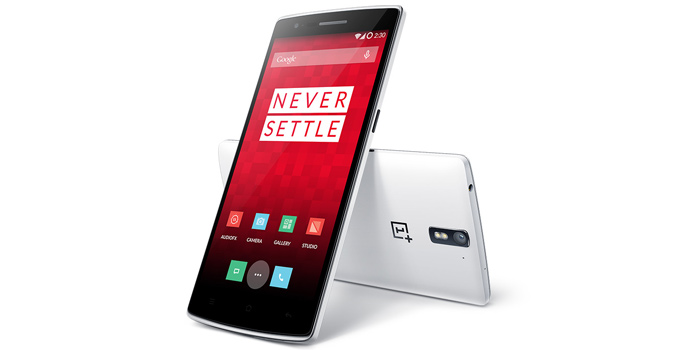 In an email to The Indian Express, OnePlus head Carl Pei, talks about sticking with the brand’s original business model even for India in spite of having to slice its profit margins slim. He only mentioned the price of the 64GB One and kept the cost of the 16GB version to himself. In a post on the official company forum, there are hints that the OnePlus One invite system won’t necessarily hold for long.

Also see: OnePlus One to be unleashed in India, company looking for GM to handle operations here

After all, other countries in which the OnePlus smartphone was launched previously, have finally starting welcoming its sales on the basis of pre-order. Another CyanogenMod-based phone rumored to hit India soon is the Micromax Canvas 5. It will apparently arrive with a 5-inch display, 2GB RAM, 16GB ROM, expandable memory and an octa core chip.

OnePlus One key specifications at a run:

Accessories for the OnePlus One include StyleSwap covers for adding a more personalized touch to the phone. We know the device is coming soon to India, but an exact release date is unavailable currently.