The OnePlus 3 is finally here after numerous leaks, getting launched aboard a virtual reality space station dubbed the Loop. As leaked in a premature ad listing, the phone is priced at Rs 27999 in India and is now available invite-free via Amazon.

The OnePlus 3 marks a big departure for the company when compared against its predecessor. First-off, the company has opted to carve the phone out of an aluminum alloy for a more premium look. Secondly, it packs a whopping 6GB of RAM. This combined with the top-of-the-line Snapdragon 820 processor and Android Marshmallow OS should make way for snappy multitasking. 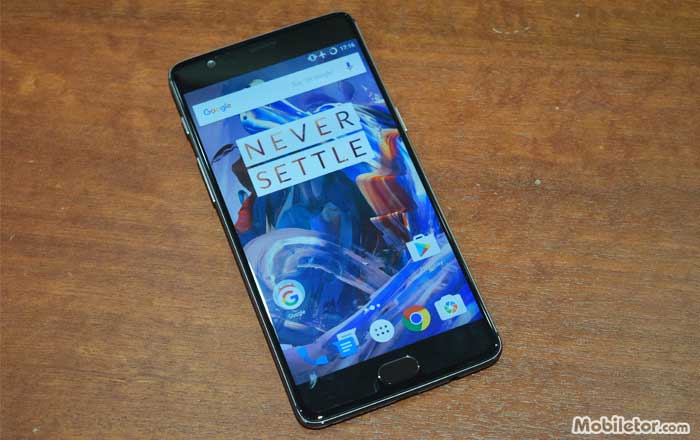 Other major highlights include the OnePlus device’s fingerprint scanner and 3000mAh battery. The latter can be powered up to 60% within 30 minutes courtesy Dash Charge technology without any excess heat. The phone’s 16MP rear camera additionally boasts of both Optical Image Stabilization (OIS) and Electronic Image Stabilization (EIS) to reduce blur and a Smart Capture tool.

Here’s a neat summary of the specifications of the OnePlus 3:

Early buyers of the OnePlus 3 are set to get a year’s subscription to Saavn Pro for free, in addition to Rs 500 worth of Kindle e-books, an Idea double data offer, and accidental damage coverage through OnePlus Care. The graphite color model is now up for sale via Amazon, with the soft gold version set to arrive at a later date.