OnePlus has revealed that its 1000mAh Power Bank which was announced at the company’s one-year anniversary has been officially launched in the US and will be made available for purchase from today onwards. The device is priced at just $15 making it an affordable and viable companion for your smartphone.

Of course, the OnePlus Power Bank can be used with almost any device that relies on a USB port for getting juiced up and not just the One smartphone which can get up to 3 full charges from the 1000mAh battery. Design-wise, the accessory is pretty compact and has quite the attractive looks. It measures 142.8mm x 72.6mm x 16.2mm in dimensions and weighs 220 grams. 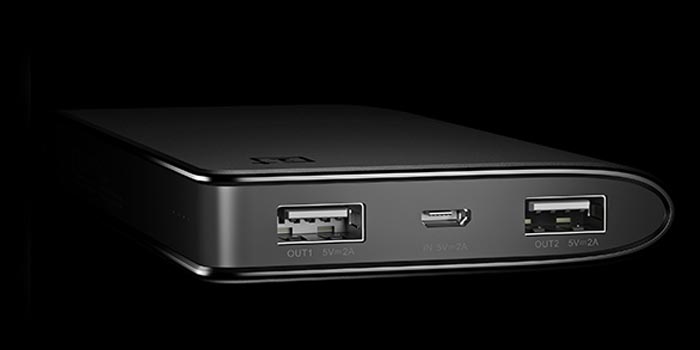 The cells used here are Lithium Polymer and the output current is 5V/2A for devices with fast charging support. It takes approximately 5.5 hours for the power bank to get fully juiced up. And you’ll be able to connect two different devices to the device for simultaneous charging as the accessory comes with dual USB ports.

Indicator LEDs are placed on the side so that you can keep a check on the remaining power and this is done by simply shaking the OnePlus Power Bank. And to give you piece of mind, the company has thrown in various safety features to prevent overcharging and overheating. 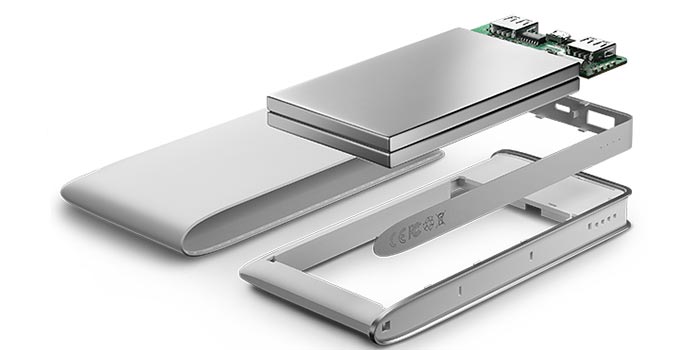 OnePlus notes that it’s working on bringing the accessory to customers in Europe and India. The wait isn’t going to be long as the company is currently ‘ironing out the logistics process for a smoother shipping experience.’ We wouldn’t be surprised if the device arrives in India this month itself and if does, it’ll probably retail for around Rs 1000, making it good competition to Xiaomi’s super affordable Mi Power Bank.