Home Software A special preview of Microsoft Office 2016 is out now for Windows...

Microsoft is not only going to release a new Windows OS in the coming months, but also a new version of its popular productivity suite called Office 2016. And while there’s still a long way to go before the software becomes commercially available, its preview version has now gone live for everyone.

Microsoft has been doing a lot to make its productivity suite more versatile. We’ve seen it implement a cross-platform approach where Office made its way to the other systems such as Apple’s iPad and iPhone and even Google’s Android. Even the Mac software was improved and the company added new web apps as well. 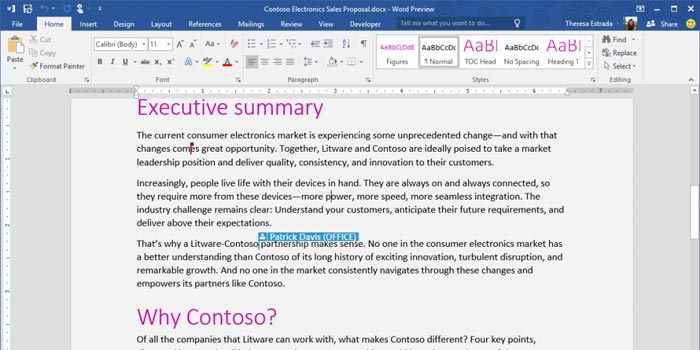 With Office 2016, the company will be augmenting the experience to a whole new level. Through cloud integration, you’ll be able to access and edit your documents from almost anywhere. And to compete with Google Drive, real-time collaboration is now possible where multiple users will be able to edit documents on desktop.

This feature was previously limited to Office online apps. And for now, only Word 2016 is supported on desktop. Microsoft notes that applications are much smarter now. The Tell Me search tool which is accessible in Word, PowerPoint and Excel lets you find commands easily. Then there’s Clutter that’s integrated into Exchange for Outlook to help you sort out low-priority messages from important ones by analyzing your email patterns.

Data analysis in Excel has been improved as well, by making it easier and faster to pull, map, analyze and visualize your data. Additionally, Office 2016 has a lot in store for IT administrators through new security, compliance, and deployment features. 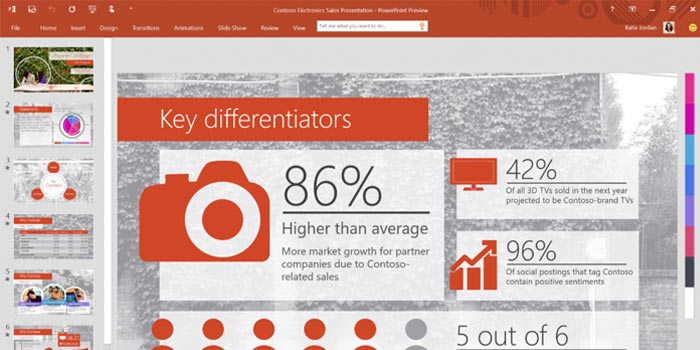 The Office 2016 preview is free to download and is available in 32-bit and 64-bit options. You will not need Windows 10 to access the software, but your system should at least be running Windows 7. Also, just to remind you, this is a work in progress release aimed at gaining feedback from the community.