The Sony Xperia Tablet Z price and release date information has been revealed for Japan, and the device will be available for ¥85,470 starting March 22 via NTT Docomo. A point to be noted is that this information pertains only to the LTE version.

The Wi-Fi variant will be put for sale from April 13 in the aforesaid country as per Xperia Blog. It further states that this edition wouldn’t have an antenna and hence will not support 1-Seg TV or NOTTV. The manufacturer has been promoting the slate as an ideal companion to its phone equivalent. The device will be launched dipped in shades of either black or white. 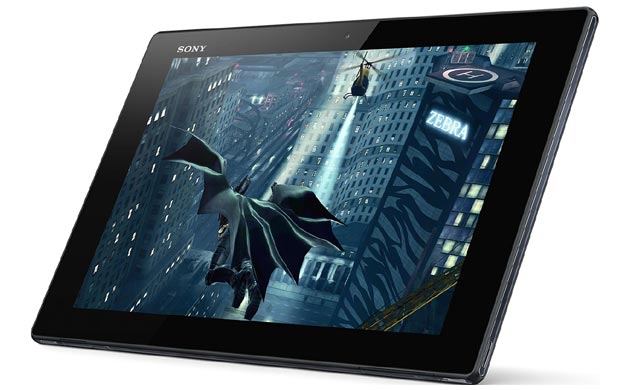 The maker claims that Mobile Bravia Engine 2 used in the display adds new dimensions like contrast enhancement, color management, noise reduction and a sharpness filter. These would apparently bring forth a TV-like viewing experience to users. The elimination of a layer of air from the touchscreen’s construction results in less reflection and an increase in sensitivity.

Having achieved the standards of IP55 and IP57, the tablet is crafted in such a manner that makes it resistant to both water and dust. The glass used for the front panel is a tempered one that has been covered with an anti-shatter film. The device is kept light, weighing just 495 grams and possessing a thickness of only 6.9mm.Other specifications of the slate include the Jelly Bean platform, a 1.5GHz quad core CPU, 2GB of RAM and a battery that’s complemented by the Stamina mode software. 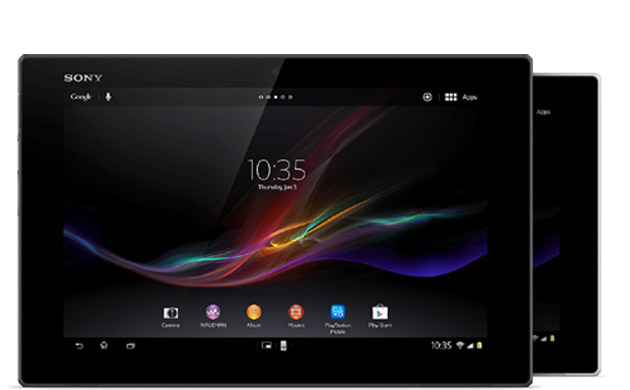 Pre-orders for the Xperia Tablet Z will be accepted by the carrier from March 9. Another piece of information that has been exposed is that prospective buyers in the rest of the world can expect the slate to be released in the second quarter. It was earlier disclosed that customers in the US would be able to pick up the tablet in spring for $499. 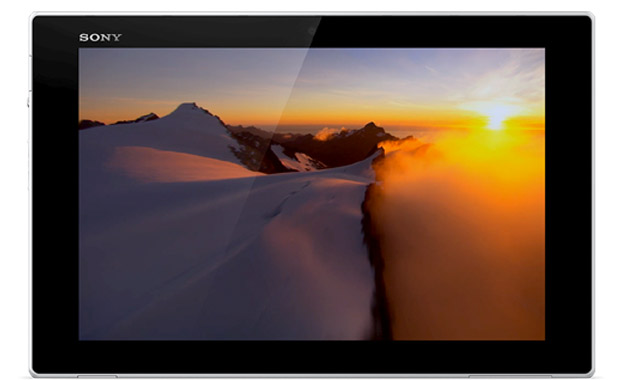 Specifications of the tablet: