The Fujitsu Arrows V F-04E has been made available through NTT Docomo retail stores in Japan. Back in the month of July, the company joined hands with the same carrier for the launch of another smartphone, the Regza Phone T-02D.

This Arrows smartphone embodies a 4.7-inch touchscreen display, flaunting a resolution of 1,280 x 720 pixels, on the front. On flipping the handset over, users will find a 13.1MP camera positioned on the rear panel. Designed with an intention to make image capture an intuitive task, the snapper automatically performs color tuning as well as enables digital zooming using its pinch-in and out gestures. 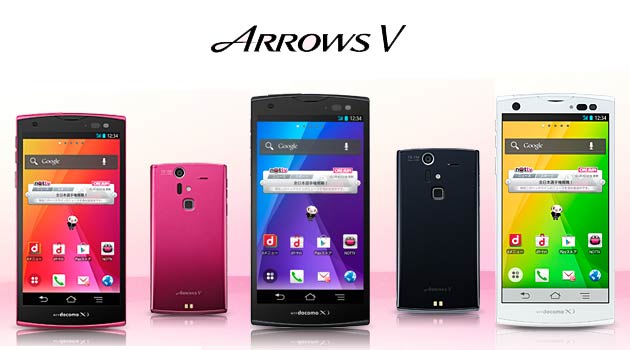 With 64GB of internal memory, customers will be able to hoard up to 50,000 high quality images and record up to 11 hours of full HD videos, assuming the size to be 1MB for each picture and 10Mbps per clip, says the company.

Under the hood rests a 1.5GHz quad core Nvidia Tegra 3 CPU that delivers processing power for performing tasks like downloading data, browsing the web and sharing media content. Moreover, low priority activities are carried out by a fifth core that toils to cut back on the energy consumption.

The Arrows V F-04E houses a fingerprint sensor which unlocks the device once a user’s pre-recorded finger is placed on it. This attribute complements the phone’s inbuilt security attributes such as privacy mode and password manager.

Coming to the design, the phone features IPX5/8 and IPX5X standards which represent water-resistance and dust-resistance, respectively. The handset is said to function normally even after being submerged in 1.5 meters of room-temperature water for half an hour. Also, it should be able to survive in a dusty environment for not more than 8 hours. The smartphone is powered by a 2,420mAh battery for carrying out all functions soundly.

Even though the price of The Fujitsu Arrows V F-04E is unclear, it has been made available through NTT Docomo retail outlets in Japan. Buyers can purchase it in colors like black, white and magenta. 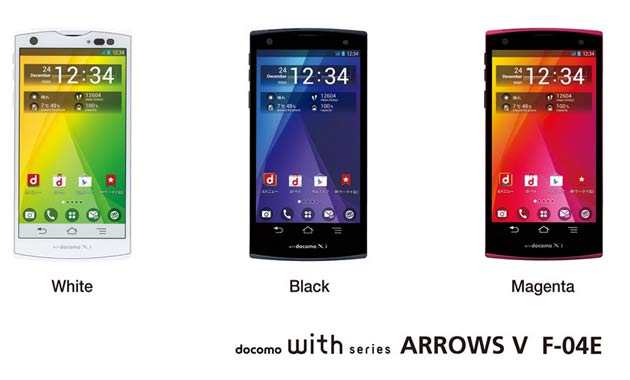