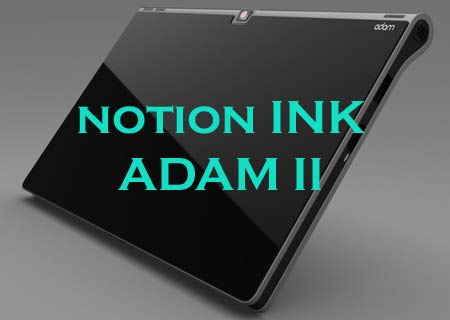 The Texas Instruments (TI) chipset and Ice Cream Sandwich will come together within the newly revealed Notion Ink Adam II tablet, after its predecessor made headlines not too long ago. While the slate is still in its developmental stage, some of its primary details have been volunteered on the official Notion Ink blog.

This slab will feature an OMAP 44xx processor apart from other TI hardware such as Wi-Link 7.0 and Phoenix Audio Power Amplifiers. It is also expected to take due advantage of TI’s integrated power-management IC.

The aforementioned processor brings along many other attributes such as programmable accelerators, a committed ISP and hardware composition engines. Moreover, Imagination Technologies’ speedy PowerVR SGX5xx GPU and improved memory construct add some more weight to the specs sheet.

For clear and crisp HD visuals, the OMAP-specific distributed composition construction may serve well. One of the most prominent traits with respect to this slab, should be its ability to provide swift multitasking, while being able to claim low power consumption. The Modular Based Software Architecture on the tablet will enable new avenues for app development and coax every hardware feature into a user customizable application.

The new Notion Ink tablet could most certainly be used in a productive manner by amateurs and professionals as a logic analyzer, for 3D modeling, as a multimedia and medical imaging device as well as for signal acquisition and processing.

The Notion Ink Adam II tablet release date and price have not received a mention from the company as of now.