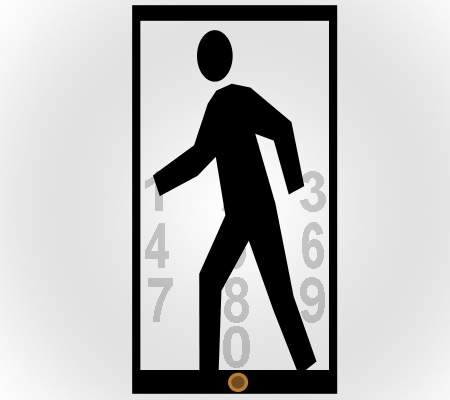 A recent study reveals that 66 percent of population in the UK suffers from what is referred to as Nomophobia, the fear of being without a cell phone. Sponsored by SecurEnvoy, the study surveyed 1,000 employed people and was conducted by using OnePoll. It was found that two thirds of the subjects feared either being without their cell phone or losing their handsets altogether.

The study highlighted that in the bid to stay connected, 41 percent respondents possessed two phones or more. Unsurprisingly, age groups between 18 and 24 were found to be more Nomophobic at 77 percent, which was followed by the 25 to 34 age group at 68 percent, with the 55 and over set coming in third. Among the total number of women and men surveyed, 70 percent and 61 percent were found to be Nomophobic. In contrast to this finding, it more likely for men to possess two phones than women, each group scoring 47 percent and 36 percent, respectively.

“The first study into nomophobia, conducted four years ago, revealed that 53% of people suffered from the condition and our study reveals this has now risen to 66% in the UK and shows no sign of abating. A reversal on the 2008 findings is that, back then, it was men that were more afflicted yet today it’s women. I’d be inclined to draw the conclusion that, perhaps because more men have two phones, they’re less likely to misplace both and therefore be left phone-less,” shares Andy Kemshall SecurEnvoy CTO and co-founder. “There is another study into mobile phone use that found people check their phones, on average, 34 times a day so it wouldn’t take long for you to realise if you’d misplaced your device.”

The result indicated at 49 percent people being upset when their texts were read by partners. But again surprisingly, 46 percent of subjects do not use any protection to keep their data secured. The study brought out that 41 percent employ a four pin access code as a security measure. And only 10 percent had their devices encrypted, while 3 percent used two factor authentication.

According to this study sponsored by SecurEnvoy, Nomophobia on the whole, is increasing in the UK.