The Nomad ChargeKey is not for you if you’re in the habit of losing your keys. But if you can hold onto your keys better than your iPhone or Android device’s charging cable, then it’s just perfect. The accessory lets users power up their mobile phone by connecting it to a USB port on a laptop or any other gadget which would be willing to lend it some juice.

Two versions of the Nomad ChargeKey are available for purchase. Both have a standard USB plug on one end. The other end of the very short cord consists of a Lightning or microUSB connector. If you have an iPhone 5, 5S or 5C, it’s the former variant that you’ll be needing. It also works with iPad or iPad mini tablets sporting a Lightning port. 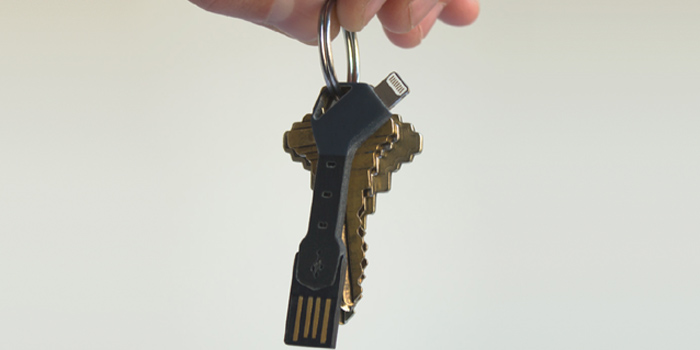 Those who own Samsung Galaxy, HTC, Nexus, Lumia, LG, Windows Phone, BlackBerry or any other smartphone which can be powered up via microUSB, would obviously have to order the model with the microUSB connector. The tiny add-on is just the size of a regular key and it is shaped to blend in with its companions on a keyring.

The conveniently small size of the cable is its main selling point. The makers have pegged it at $29, which may sound steep to a lot of people. After shipping out the first set of orders in February, the company has put a date of March 15 for the release of the next batch.

Follow this link to reach the pre-order page for the Nomad ChargeKey, if you please. Or just remember to pack your charging cord into your luggage case whenever you travel.