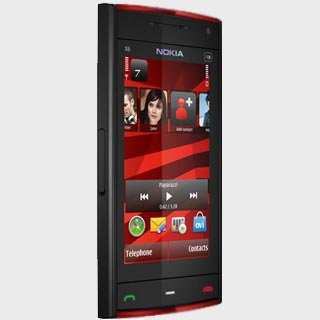 Those in the UK yenning for a comprehensive multimedia handset can look forward to grab the Nokia X6 on November 12, reports Techfresh.

As far as the connectivity features are concerned, the Nokia multimedia handset incorporates HSDPA connectivity as well as Wi-Fi (with UPnP). Further, with 32GB of internal memory, it facilitates users to hoard photos, music, videos and other multimedia files. Nokia X6 features Comes With Music unlimited downloads for a year.

Reportedly, the Symbian handset is expected to carry a price tag of approximately $878. Apparently, the non-CWM version of the X6 will be released in 2010 for a lower cost. The phone is expected to retail for about €450, the price initially announced by Nokia.