Microsoft has finally brought the Nokia X2 smartphone to India and it couldn’t have picked a better day as the new Moto G from Motorola goes on sale from today. The handset has been priced attractively at Rs 8699, but might not stand a chance against the competition which offers better features in the same range.

The Nokia X2 won’t only have to worry about competition from the new Moto G, but other handsets as well, such as the Redmi 1S from Xiaomi and Karbonn’s Titanium S19 amongst others. The device in question has revealed back in June and it runs on a forked version of Google’s Android 4.3 Jelly Bean with heavy customizations. 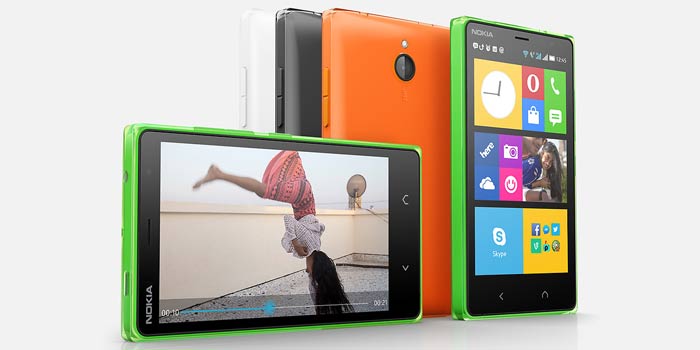 The Nokia X2 smartphone features a 4.3-inch ClearBlack display with WVGA resolution and comes dressed in colorful shades. Overall, the handset is a small upgrade over its predecessor. It features the newer Nokia X Software Platform 2.0, a slightly faster 1.2GHz dual core processor and an entire gigabyte of RAM.

The smartphone is being offered with dual SIM card slots in India and it will work with 3G networks as well. For storage, there’s 4GB of flash memory, 7GB of OneDrive cloud space and a microSD card slot which supports up to 32GB. With the 1800mAh battery, the handset is capable of delivering up to 13 hours of talk time on 3G or 11.5 hours of Wi-Fi web browsing.

The Nokia X2 smartphone is yet to go on sale in India and there’s no word on when that will happen.