The Nokia X has already been launched in India, but there’s still no sign of the other devices from the range, namely Nokia X+ and XL. But what we do know for sure is that these two phones will be arriving in the subcontinent in the second quarter of this year itself, which means, anytime before the end of June.

Ravi Kunwar, Director-North, Nokia himself confirmed this piece of news, but an exact release date has not been given. As for the prices of the devices, they lie between €99 and €109 which roughly equals to approximately Rs 8,435 to Rs 9,290. The Nokia X has been released in India for Rs 8,599. 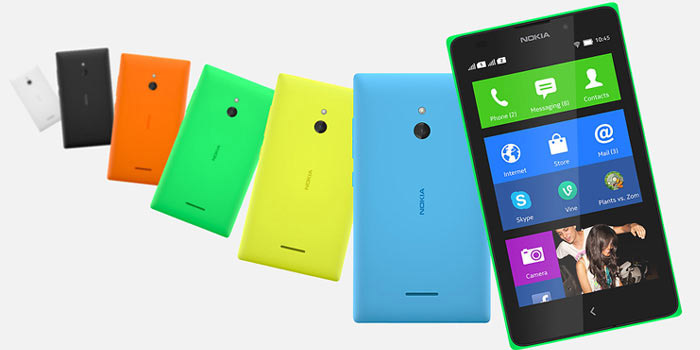 All of these handsets feature dual SIM card slots and make the most of a highly customized version of the Android OS. They are compatible with Android apps, but you are not likely to find any Google mobile service in them. Instead, these devices are loaded with utilities developed by Microsoft. They are all fueled by the Snapdragon S4 processor.

We will let you know about the Nokia X+ and the Nokia XL phones’ availability details as soon as they are announced.

Here we have listed their main specifications: