The Nokia X dual SIM smartphone which is based on a highly customized version of the Android OS, has already received its first price cut in India. It was made available for Rs 8,599 back in March via the official website, but it can now be picked up for Rs 7,729. Some online retailers are selling it for less than this price.

The compact and affordable smartphone makes use of the Nokia X Software Platform 1.0 which is based on the Android OS and is compatible with all Android apps. Multiple games and applications are pre-loaded on the phone along with Microsoft’s service such as Outlook.com, OneDrive, Office and more. 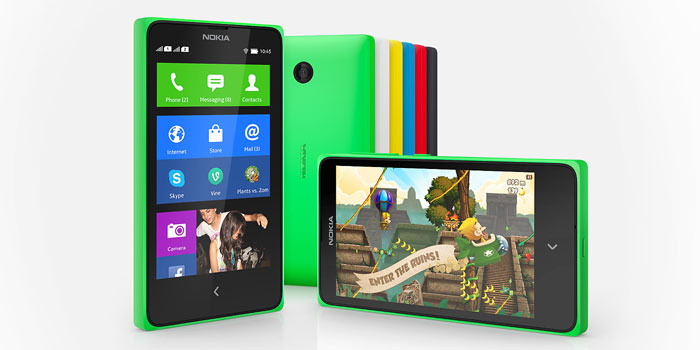 Its front panel is taken over by a 4-inch touchscreen of 800 x 480p resolution and the Finnish manufacturer provides a 3MP primary camera for photography purposes. The phone’s ability to multitask can be attributed to the dual core Qualcomm Snapdragon S4 processor which can clock in a maximum speed of 1GHz.

And if that’s not enough, the phone is compatible with 3G networks and even has connectivity options like Wi-Fi, Bluetooth, GPS and more. Thanks to a 1500mAh battery, the device can cough up the juice for talk time of about 10.5 hours in 3G and close to 13.3 hours in the 2G mode.

The Nokia X dual SIM smartphone can now be purchased via the official eStore for Rs 7,729.

Here’s a list of the key specs of the Nokia X: