The Nokia X AOSP-based smartphone that was released only last month at the MWC, has been spotted on an online retailing website in India for a rather budget-friendly price. Although the Finnish manufacturer has announced that the device is slated to be made available in the subcontinent, it had refrained from letting out the exact release date.

The Mobile Store is the retailer that has confirmed the phone’s arrival in India and it says that you will have to shell out Rs 8,500 for the gadget. First stock can be expected to touch down here on March 15, but as we said, the date is yet to be confirmed officially. However, the portal has removed these details and has hung a ‘coming soon’ board instead. 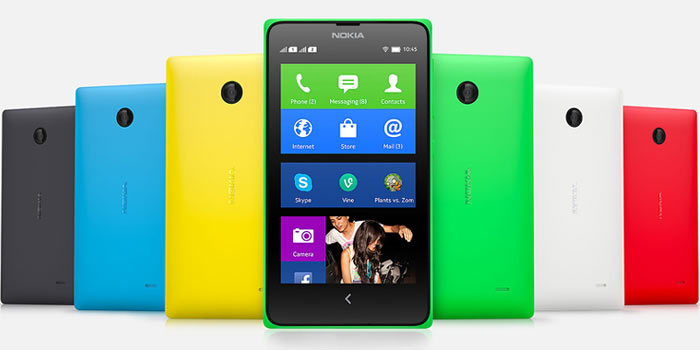 Based on the Nokia X software platform 1.0 which is a highly customized version of the Google Android OS, the device in question is compact and offers a multi-touch real estate of 4 inches. A dual core Qualcomm Snapdragon S4 processor has been chosen for keeping its multitasking properties in check and 512MB of RAM is what you get along with it.

And what’s more, the device has been fitted with a 3MP camera and it features 4GB of onboard memory which can easily be increased by up to 32GB using a microSD card. A 1500mAh battery is responsible for keeping the device charged up for at least an entire day.

The Nokia X has been listed on The Mobile Store and it is scheduled to be made available this month itself.