As part of the final step of integration, all Nokia retail stores across the globe are being rebranded to Microsoft Priority Resellers. This move has already gone live and it will be implemented in India from today onwards.

Additionally, there will be a second category of stores called Microsoft Mobile Sellers which will focus on mobile devices only. Priority Resellers on the other hand, will cater to more needs by offering all products from the Redmond giant and its partners including the Xbox console, accessories, PCs, smartphones and more. 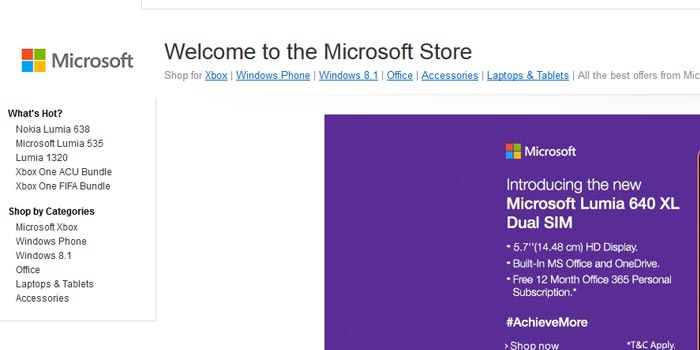 The Economics Times is reporting that there are a total of 16000 Nokia stores across all markets where the company operates. The majority of them are located in India at a staggering 9000. The corporate vice president of Microsoft Mobile Devices sales division commented that the software giant plans to invent more into the country than any other market.

This was already made clear with the company quickly releasing its latest devices soon after launch. Microsoft has already set up an online presence in India where it has re-branded the Nokia Indiatimes shopping portal as well as started its own exclusive store on Amazon.

The company recently partnered with Flipkart to offer its Lumia 640 smartphone. Microsoft’s entire 2015 lineup consists of budget-minded releases and India is a hub for such devices which is mainly why the company has been showing the country a lot of love. We’re yet to see new premium flagship phones show up and it looks like we will not be seeing any new high-end launched until Windows 10 is ready.

It’s been a year since Microsoft acquired Nokia Devices business and rebranding all stores worldwide is the last stage in the integrations process.