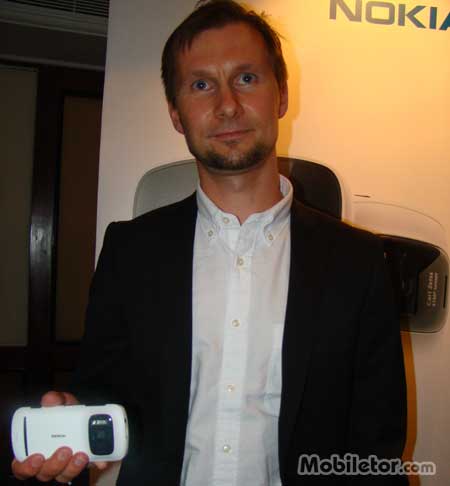 The Nokia PureView 808 which recently went up for pre-order in Europe, has already set sail to India. At an preview event held in the country, the head of Symbian product marketing at Nokia, Vesa Jutila, said that it will hit store shelves in few weeks.

The smartphone runs the Symbian Belle OS tweaked with the Feature pack 1 add-on, which tags along certain enhancements. The Dolby Digital plus surround sound, additional widgets and a refreshed Maps app with support for geo-tagging are some of the improvements that this mobile platform brings to the phone. Its 41MP camera sensor is accompanied by Carl Zeiss optics and PureView imaging technology. 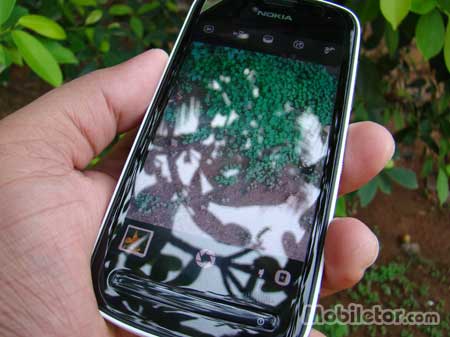 And for those who are wondering why the Finnish manufacturer introduced it in a Symbian phone, the technology was undergoing developments for five years now. Hence the OEM decided to stick to its proprietary OS while introducing it. Additionally, the company has revealed its plans of integrating the technology into the Lumia smartphones in future.

The device flaunts a 4-inch ClearBlack AMOLED capacitive touchscreen with Corning Gorilla glass for resistance against scratches. Its 16GB onboard memory can be increased using the expansion slot for a microSD card of up to 32GB capacity. Additionally, the phone is said to be capable of offering talk time of about 11 hours on the 2G mode. 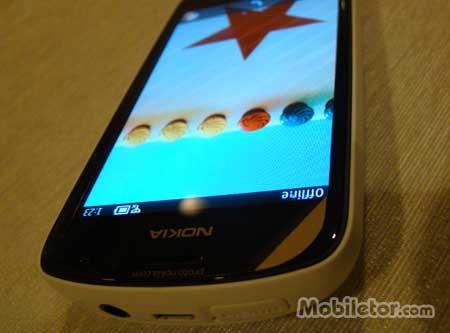 The company has chosen not to reveal the Nokia PureView 808 release date and price details for now. But what we do know is that it will arrive in India in the second quarter of this year.