A Nokia 301 phone reportedly stopped a bullet aimed at a man and saved his life in Afghanistan. The news was shared by Peter Skillman, Microsoft’s General Manager of Core UX for Windows Desktop, Tablet and Phone. He tweeted an image of the phone with said bullet lodged in it on Twitter.

The news reiterates Nokia’s reputation for making sturdy (and indestructible?) products. According to ‘urban legend,’ devices from the Finnish brand are impossible to damage. Skillman who currently works for Microsoft, was involved in the team that made the Nokia 301. 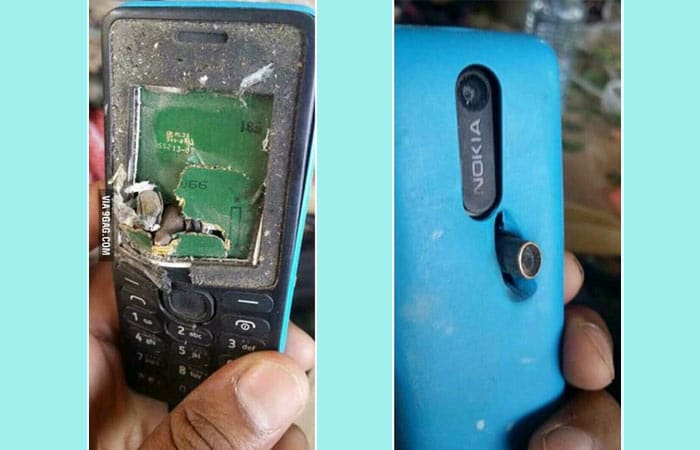 There is a certain amount of uncertainty regarding the information available about the 301’s newfound bullet-stopping ability. Skillman noted that he received the news from a co-worker, but did not have the complete details of the incident. He also shared a link to another occurrence of a bullet taken by a Nokia X2 phone in 2012.

A few years ago, the Nokia 520 was involved in a similar scene when it swallowed a bullet and saved the life of a police officer in Brazil. The handset obviously was destroyed in the attack, but it only served to add to the reputation of the toughness of Nokia phones.

It’s not just Nokia; smartphones from other brands too have gained fame for being extremely strong. Last month, a Huawei P8 had reportedly saved a man who was shot at in South Africa. Some users also claimed that their handsets protected them from being hit directly during the 2015 Paris attacks.

HTC devices have been part of such stories too – an Evo 3D evidently shielded a man from a shot at a gas station in Florida in 2014. The Samsung Galaxy Note 7 is possibly the only known phone that could theoretically work as a grenade if one tried to throw it at someone shooting in their direction.