Nokia Networks has announced that it has formed a contract with Bharti Airtel where it will be providing the operator with its advanced radio platform to enhance its 3G network in Mumbai. Additionally, the technology will also be implemented in two other circles, namely West Bengal and Bihar.

No financial details of the contract have been revealed as yet, but the deal will allow Bharti Airtel to setup the first dual band, dual carrier 3G network in India. Nokia Networks will basically be supplying the operator with its latest Single RAN (radio access network) Advanced platform which is based on the energy-efficient Flexi Multiradio 10 Base Station (see image below). 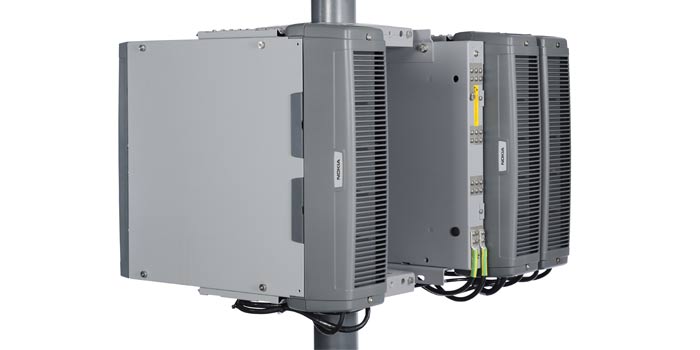 Through this implementation, the network provider will be able to greatly improve its 3G speeds in the said circles. And Abhay Savargaonkar, Director Network Services Group at Airtel, notes that this is crucial to deliver an optimal experience with data services like One Touch Internet and Rs 1 entertainment store.

What’s more, the new multi-standard radio platform will also help the network provider in its TD-LTE rollout and make it easier to implemente FDD-LTE architecture in the near future. Nokia Networks will even be supplying it with the compact Flexi Lite Base Station for user in densely crowded areas to provide better coverage.

In recent news, Airtel launched its One Touch program with the aim of improving its user-base of internet users. The initiative basically allows users to access the internet at no cost for a period of 10 days through a WAP portal and browse services such as social networking and e-commerce websites.

Through the Nokia Networks contract with Bharti Airtel, customers in Mumbai, West Bengal and Bihar will experience better 3G reception, but there’s no word on when the new platform will be implemented.