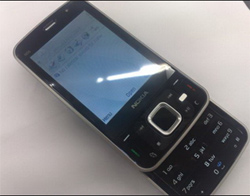 Nokia is coming up with new mobile phones for its customers. As we all know that Nokia has come up with its new N-series phones. These handsets have many multimedia features to suit the requirements of the user.

However there were talks about Nokia introducing another N-series mobile phone known as the N96. This mobile phone was expected to be introduced in early January but however it has been leaked before its official launch.

The Nokia N96 has similar features as the Nokia N95 and is expected to have a 5 mega-pixel camera with a Carl Zeiss lens.

Since we don’t know much about the other features we can only wait for the N96 mobile phone to release to reveal its actual features.