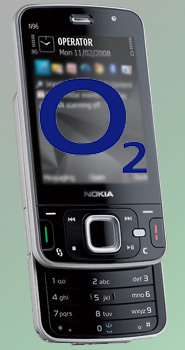 The latest member in the Nokia’s Nseries family of smart phones, the Nokia N96 will now debut in UK through O2. This new network launch should mean that consumers wanting to own the smartphone will have to pay double the number of tariffs and packages.

One of Nokia’s most anticipated Nseries players, the N96 really got the rumour mill spinning ever since its release. There was a buzz reporting that the phone will be network exclusive, however its UK launch on the Orange network should get those fears allayed. Nokia fans in the UK can now avail the full range of the infamous Orange Animal tariffs.

Additionally, there are also talks doing the round that the phone should soon make its way on further UK networks over the coming weeks. So you may not have to wait endlessly incase you don’t want to connect the handsets either through the O2 or Orange network. The near future should see this exclusively released device launch on other networks too.

The mobile market has been floating with murmurs of both retailers and networks fighting amongst themselves and negotiating with the UK networks to seal exclusive deals for this much sought after handset. Maybe we will have to wait and watch as to who emerges the winner in sealing an approval from the manufacturer for that elusive agreement.