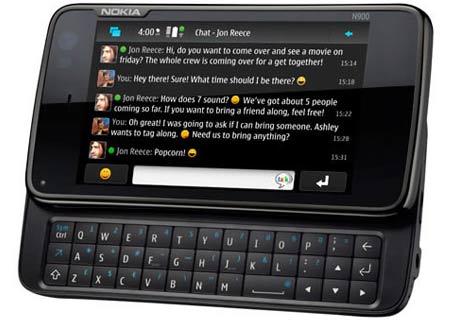 Hard on the heels of the minor firmware update revealed very recently, Nokia has just fastened belts to out its major update this time. Treating users with yet another sweet add-on, the all-new version of the software comes forward with a range of improvements across the device.

The new update now lends support to Swiss keymat variant with hardware and virtual keyboard layouts supporting the combination of German, Italian and English characters. The second N900 update will now be featuring a list of fixes and changes for offering an enhanced user experience. Now, there will be full compatibility with certain SIM cards from network operator 3. Although only a small number of SIM cards were impacted at the time, this release means the N900 is now fully compatible with 3 SIM cards.

Besides, Mail for Exchange has also witnessed an update, enabling it work with Microsoft Exchange Server 2003. Concurrently, Ovi Maps has also received the update treatment, with improvements made to search performance and route calculation.

Further, Nokia has brought smaller usability improvements which have been worked into the release and are based on the excellent user feedback the team has received. Just to brush up, earlier in the week a minor update involved the compatibility with Ovi Store Beta and the device’s application manager for over the air software updates.

Users who have installed the first update will automatically receive a notification that a new update is available for their N900 phone. The second firmware update is anticipated to roll out around the world over the next day.