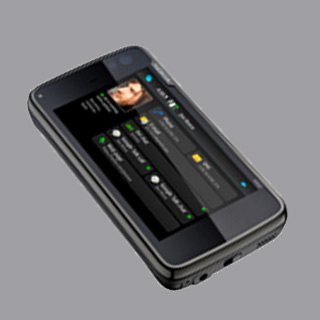 After officially announcing the Nokia N900, it now appears that customers can pre-order this feature-rich handset in Germany and Italy, Engadget states. It is the first device based on the Maemo platform and seems highly appealing in appearance as well as functionality.

Here is run down of the features of this high-end mobile phone. It enables users to browse the internet with high and uninterrupted speed. It can now run numerous applications at one time apart from providing computer-grade performance in a compact device.

The handset comprises of ARM Cortex-A8 processor, 1GB of application memory and OpenGL ES 2.0 graphics acceleration. Users can easily swap between several applications as the content is always available through the dashboard. They can also personalize the homescreen using shortcuts, widgets and applications.

Besides, it incorporates a high-resolution WVGA touchscreen and a full physical slide-out QWERTY keyboard. Through this phone, users can access up to 10 personal email accounts. Sporting 32GB of storage which is expandable up to 48GB through a microSD card, the device allows users to store loads of content. Additionally, the phone provides a 5 megapixel camera, Carl Zeiss optics and cloud user interface as an add-on.

The Nokia N900 will supposedly be available for pre-order in Germany and Italy for an approximate price of €599.