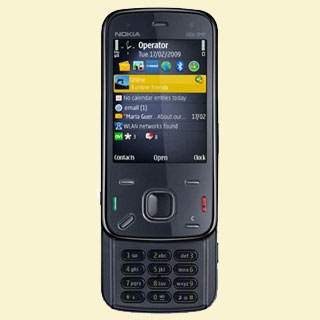 The wait for the highly anticipated Nokia N86 is finally over. The 8 megapixel camera handset is now available in Chicago and New York via Amazon and other flagship stores, reports Engadget.

After such a long wait, we believe the craze to grab the Nokia handset may have diminished. The US launch of the Nokia N86 has been making news since July. Reportedly, the Nokia US site still carries the pre-order tag for the N86 handset. The N86 boasts of a 2.6-inch QVGA OLED display and an 8 megapixel camera with Carl Zeiss optics that is complemented by a dual LED flash.

It seems that the Nokia phone is driven by S60 third edition FP2 operating system. The handset features US 3G up to 3.6Mbps on the downlink, and Wi-Fi capabilities. Apparently, the N86 is equipped with 8GB internal flash memory and supports up to 16GB microSD card and about 74 MB internal dynamic memory.

Surprisingly, the N-series device is launching for less than $558, the price which was disclosed earlier. Amazon will make available the Nokia N86 for a retail price of $469. Apparently, the flagship stores are demanding $30 more.