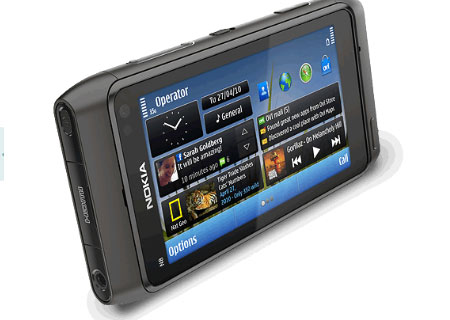 The Nokia N8 comes in fabulous shades sporting an excellent 12MP camera. Previously, we had reported on this handset being officially launched in select market. Well, now we can elaborate a bit on the ‘select markets’ as Engadget has recently posted about the phone being up in grabs in Italy around the month of September.

The folks at Engadget state that it’s available for pre-order from Espoo’s Italian storefront. This Symbian^3 powered smartphone is loaded with a 12MP camera which features a Carl Zeiss optics and Xenon flash. Integrated with Dolby Digital Plus surround sound, it enables users to view HD quality videos which can be created and edited with this device.

The 3D and 2D graphics architecture embedded in the platform leverage on the device’s hardware acceleration to render a faster and more responsive UI. The N8 touts to be the first Nokia handset to integrate the software development environment dubbed as Qt. The Nokia Qt SDK is obtainable in its initial beta.

The Nokia N8 can be procured through pre-order from Espoo’s Italian outlet for €469. The storefront displays a September-end availability.