Home Nokia Nokia N1 is the Android tablet the company should have made years...

The Nokia N1 tablet is all the proof the world needs to realize that the Finnish giant isn’t out of the consumer electronics game as yet, in spite of it selling part of its business to Microsoft. And while the new launch isn’t the Android smartphone we’ve all so deeply longed for, it’s something in that direction and probably better.

The Nokia N1 is a fine slate as it not only looks great, but has some pretty interesting features as well. Now, it’s clearly evident that the company has taken a few cues from you know who. The overall form factor has a one-piece aluminum design which is 6.9mm thick and the display is protected by Gorilla Glass 3 from Corning. 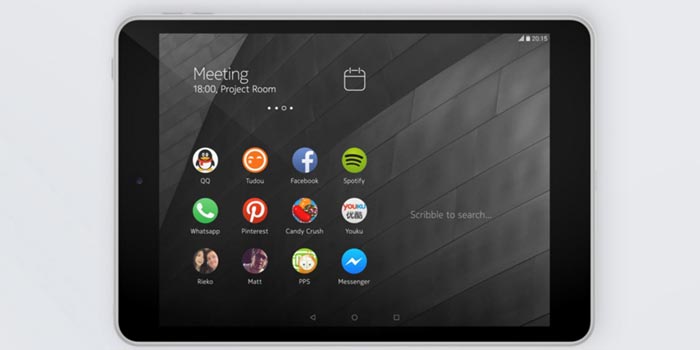 The screen used here is a 7.9-inch LED blacklit IPS panel with 2048 x 1536 pixel resolution. The slate comes with Android 5.0 Lollipop and it’s preloaded with the Z launcher which has now come out of beta status. Also, this is the first time Nokia has sided with Intel for using its latest Atom processor in a mobile device.

The chip is a 2.3GHz quad core one with PowerVR G6430 graphics. Clearly, Nokia has built a top-tier product and it’s offering great memory provisions through 2GB of DDR3 RAM and 32GB of eMMC 5.0 storage. A 5300mAh battery powers up the N1 tablet and there’s no word on estimated activity time.

The Nokia N1 Android tablet will make its launch first in China followed by other locations in 2015. The device is priced at just $249 (around Rs 15500 after conversion) without taxes and subsidies.