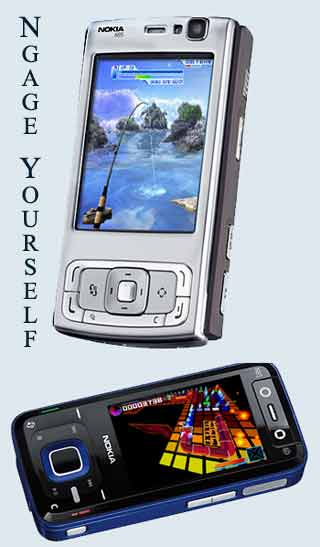 Nokia N81, N82 and N95 users will now be happy to hear that the Nokia N-Gage mobile gaming service has hit the mobile charts. Game enthusiasts will be thrilled to know that they no longer have to play the games on trial mode and will be able to head to access the games full-fledged on their N-Series phones.

The N-Gage facility is currently available only for Nokia N81, N82 and N95 phones and Nokia plans to launch the N-Gage service very soon to phones like N73, N93, and N93i. The facility is already available. However Nokia intends to make an official announcement on Monday.

Apart from playing the full version on the phone, players will now be able to compete with other players anywhere in the world using the N-Gage arena via the internet.

The five games available only on ‘Trial Mode’ are:

Nokia also plans to drop in more games such as Star Wars: The Force Unleashed and FIFA 2008 into the N-Gage section.

To access the N-Gage zone, players have to first sign in using a user id and this can be done either from the phone or visiting the website: www.n-gage.com. The introduction of the long awaited N-Gage gaming service will surely satisfy mobile gaming enthusiasts.