The Nokia Moneypenny smartphone that showed up on the web for the first time in November, is soon to be the first dual SIM Windows Phone handset. A screenshot of its homescreen has been leaked and it reveals that the gadget does have support for not one, but two SIM cards.

In case you have not guessed the source of the news by now, allow us to tell you that it is none other than the serial leaker @evleaks. It was this Twitter account that had disclosed in the first place that the said smartphone will be the proud owner of dual SIM card bays. The device is most likely to be powered by the Windows Phone Blue OS. 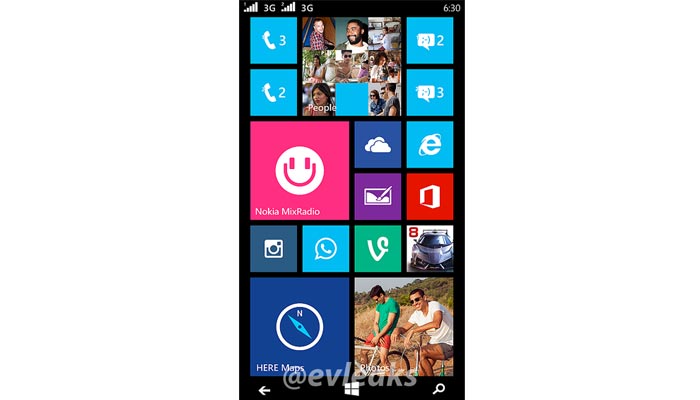 If you closely look at the screenshot we have posted here, you will see two 3G network bars that put an end to all conjectures regarding the dual SIM status of the phone, provided this indeed is the screenshot of the Nokia Lumia phone that has been codenamed Moneypenny. Apart from that, the image features two Live Tiles for the phone application and two for messaging. The numbers 1 and 2 symbolize SIM 1 and SIM 2. 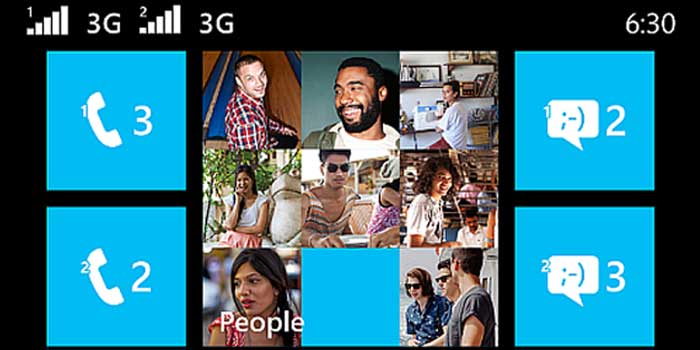 Apart from being the first Lumia device to feature dual SIM card slots, the Nokia Moneypenny is also the first from the Finnish company’s celebrated portfolio to have on-screen buttons instead of capacitive keys at the bottom. The other details regarding the phone are under wraps for now, but we will keep you posted as and when we hear anything more about it.