Looks like Nokia is in the mood for some games when it comes to revealing the identity of the Lumia 928, seeing as it has teased the existence of the smartphone on its official website for the US. Now there is no moniker on the page whatsoever that speaks of the image being the device we are mentioning. But what indeed gave away the gadget’s distinctiveness is the name slapped at the end of the concerned portal’s URL.

The absurd thing is that the handset which has been garnering a plethora of attention for being a Verizon-branded phone doesn’t seem to flash the carrier’s brand at all. This could imply that the Finnish manufacturer may not be crafting it solely for the service provider and there may be quite the chance that it may be available for other network operators to claim as well. Or else, we can also expect it arrive free of any contract. 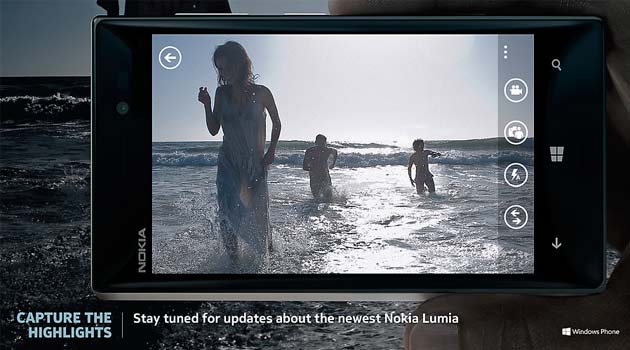 Giving credentials to this tidbit is a piece of information that has skipped out through the folks over at Engadget. Just today, a post on the website broadcasted the same image as the one seen above, except the fact that this picture is a snapshot taken from an issue of a Vanity Fair magazine. Unlike the company’s official website, the ad makes no effort to conceal the phone’s name. And placed above the screen towards the right hand corner is the Verizon branding.

To be honest, this device does resemble the smartphone in the image which had seeped out a couple of weeks ago. And if the flip side looks anything similar to the leaked one, there will apparently be a Carl Zeiss Tessar lens infused with PureView technology, accompanied by an LED and Xenon combination of flashes. 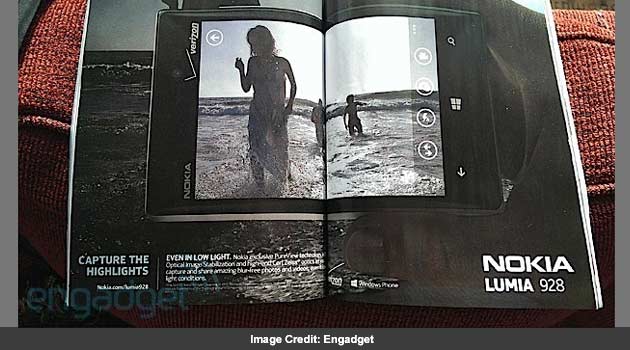 The Nokia Lumia 928 has clearly skipped the purported April launch window, but considering that the company has begun dropping huge hints already, we believe the handset should be arriving shortly. So watch this space for imminent details on the smartphone’s price and release date.

Here are the specifications that have sprung up so far: