Following the hurried decisions by e-retailers in India to enlist the Nokia Lumia 925, the Finnish company has finally put the device up on the official website. At present, the Nokia handset can be seen on the portal, parading a retail tag of Rs 34,169.

Flipkart is no longer the only online shopping store displaying the smartphone with a retail value as Infibeam, Saholic and Snapdeal join the log. And it comes as no surprise that all the outlets have pegged the Nokia Lumia 925 at Rs 33,999, a tag similar to the one given by Flipkart. Potential buyers could also look forward to purchasing the smartphone on installment basis through any of the aforementioned e-retailer. 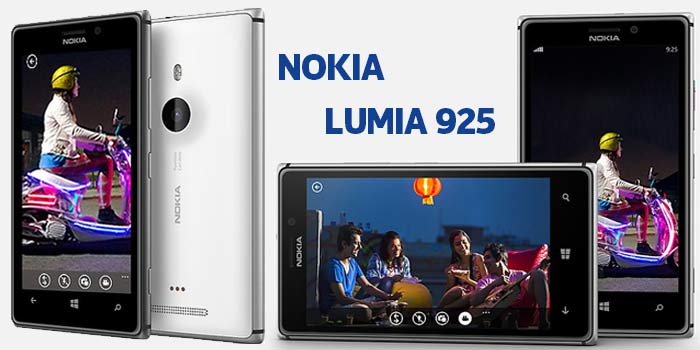 The company has stayed true to its words as far as launching the smartphone before the end of this month is concerned. But it had been said that the 1020 featuring a 41MP camera, too will be announced around the same time and yet, there are no major e-commerce websites which seem to be keen on announcing its availability details or even the MRP for that matter. Hopefully that should change in a couple of weeks.

The OEM too allows purchasing the Lumia 925 on EMI, for those who find the price too steep. It demands monthly installments of Rs 11,390 for 3 months and Rs 5,695 for half a year. As for the color schemes, keep an eye out for variants dipped in hues of black, white and grey. 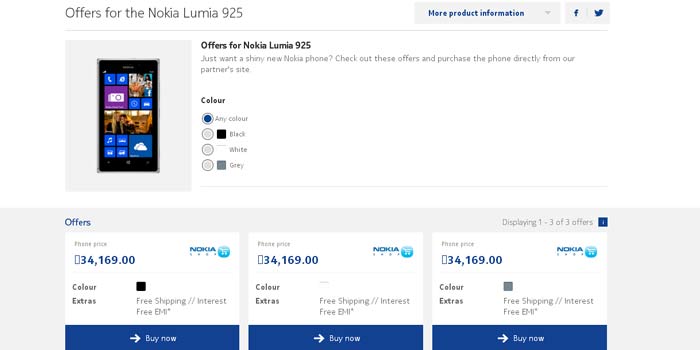