The Nokia Lumia 925 and Lumia 625 are both now available to purchase in India, with their price tags placed at Rs 33,499 and Rs 19,499, respectively. We knew these Windows Phone 8 handsets were coming, and we also know that the Lumia 1020 model is set to be released into the country soon as well, but there’s no word on when the latter handset will be made available.

The Nokia Lumia 925 ships with a 4.5 inch capacitive AMOLED touchscreen display which possesses a resolution of 1280 x 768 pixels. This screen is covered with Corning Gorilla Glass 2 for added protection. A dual core 1.5GHz Qualcomm Snapdragon S4 processor runs the show for this device, while it is accompanied in its operations by 1GB worth of RAM. An 8.7MP rear camera forms part of its attributes as well, apart from a 1.2MP front snapper, a 2,000mAh battery and more. 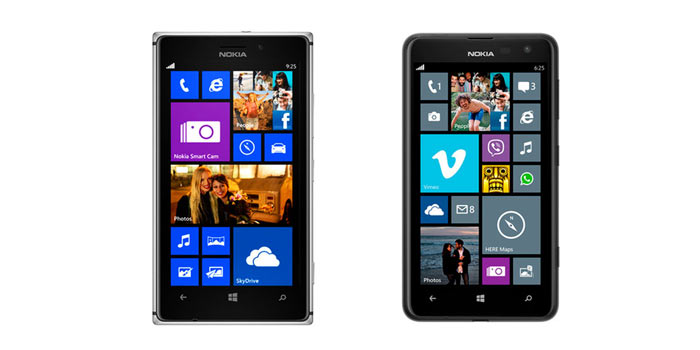 On the other hand, the Lumia 625 comes equipped with a comparatively modest set of specifications. Its 4.7-inch AMOLED display is accompanied on the front by a 1.2MP secondary snapper. Its main camera is a 5MP one. Inside the device lays a 1.2GHz dual core Qualcomm Snapdragon S4 chip, whereas just 512MB worth of RAM has been handed to it. The internal memory of this phone has been tied down to 8GB, and there’s scope for further expansion since a microSD card slot is placed on it as well.

Top online retailers in India are now offering the Nokia Lumia 925 and Lumia 625 at the above mentioned prices, coupled with their usual schemes.