The Microsoft Nokia Lumia 638 smartphone has been officially launched in India, keeping to the promise the software giant made back in September. It’s quite surprising that the company has chosen to release this particular handset as we were expecting the Lumia 635 to arrive instead.

The Nokia Lumia 638 was made official back in May this year and it has been on sale exclusively in China. The fact that it supports TD-LTE technology which is also being deployed in India is probably why the company brought the phone over instead of its global 4G version. 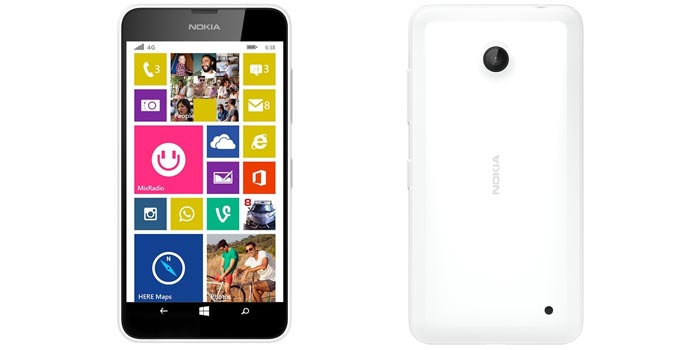 Also read: Motorola plans to get a head start in 4G rac by releasing LTE phones in India

The Microsoft phone offers a 4.5-inch WVGA ClearBlack display and has Corning Gorilla Glass 3 for extra protection. Processing power comes through a 1.2GHz quad core Snapdragon 400 chip and there’s an entire gigabyte of RAM as well.

Here’s a deeper look into the Nokia Lumia 638’s specifications:

Apart from the Nokia Lumia 638, Microsoft will also be releasing other LTE Windows Phone devices in the country including the Lumia 735 and Lumia 835. The handset in question will go up for preorder from tomorrow and it’ll be available exclusive through the company’s Amazon brand store.