Home Other Brands Is a budget Android like Motorola Moto E the best choice over...

The Nokia Lumia 630 Windows Phone 8.1 device is a poor answer to the Motorola Moto E if you’re going to compare just their prices and say they’re both supposed to be budget-friendly phones. The point is that Android devices can be ridiculously cheap, but that does this mean they’re the best choice? The Lumia 630 costs around Rs 10500 currently, while its feisty competitor sells for Rs 7000.

If just the price is not enough to swing your first impression of the Nokia Lumia 630 away from favorable light, then how about the Windows Phone 8.1 OS? All right, so you’re saying that you don’t care whether it’s Windows Phone or Android you’re using as long as you can surf the Internet, play games, access mails and more on your handset. 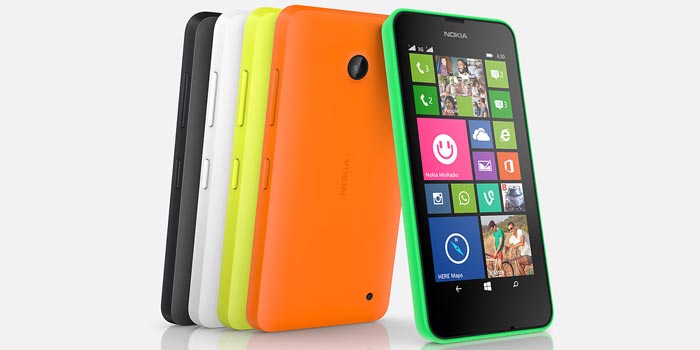 This brings us down to the question of which one amongst the Motorola and Nokia smartphones is the better deal. The Moto E has a slightly higher qHD resolution 4.3-inch screen as pitted against the 4.5-inch 854 x 480p one on the Lumia 630. Both phones have back cameras of 5MP resolution without flash units and these just about perform their duty without being spectacular.

For its price, the Nokia Windows Phone handset really does shine in terms of memory considering that it delivers 8GB of internal memory and 128GB expandability via microSD card support. Its rival can only offer 4GB of ROM and 32GB of additional space. The former may have a boast-worthy quad core processor, but it is unfortunately tied down by 512MB of RAM as opposed to the Motorola device’s dual core chip and 1GB RAM.

Nokia Lumia 630 features at a glance: 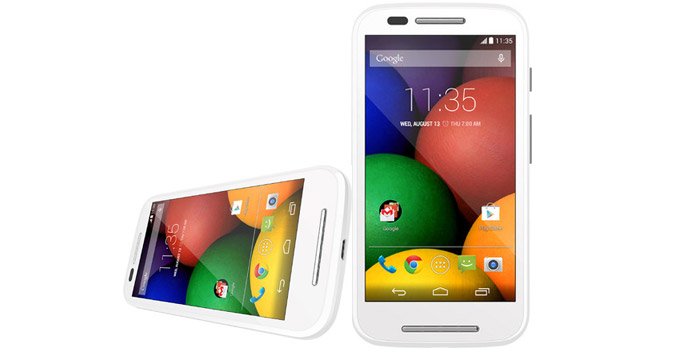 The wee bit larger battery possessed by the Moto E allows for a small advantage over its competitor, though we do vote in favor of the former with respect to appearance. But then again, design appeal is a matter of opinion and the higher price attached to the Nokia Lumia 630 is more likely to be the part where potential buyers falter.

But there’s still the question of whether a budget Android smartphone is the best way to go if you’re looking for wallet-friendly options. Compared purely against the Windows Phone ecosystem, Google Play offers more apps and games. If a cheap handset is going to be your temporary device until you upgrade, why not Android, right?